The expression of the cell-surface molecule CD47 inhibits the phagocytosis of cells by macrophages and plays a pivotal role in the ability of the immune system to distinguish between self and nonself.1-4 Loss of CD47 expression results in the cell being “marked” for phagocytosis.2

CD47 regulates immune self-recognition through direct interaction with SIRPα.2 SIRPα is a cell-surface marker that is expressed primarily in the immune compartment, specifically macrophages, neutrophils, dendritic cells, and monocytes.2 Signaling through the CD47/SIRPα axis at cytotoxic synapses, including those formed between macrophages and cancer cells, may prevent tumor cell phagocytosis.2,5

CD47 has been shown to be upregulated in numerous malignancies, including non-Hodgkin lymphoma (NHL).1-3 The upregulation of CD47 by tumor cells has been implicated in the ability of tumors to evade immune system surveillance. It has also been linked to metastasis and spread of tumor cells.2

Preclinical data suggest that blocking CD47/SIRPα signaling with anti-CD47 antibodies reduces tumor burden in both in vitro and mouse models of NHL.3,4 Evidence suggests that this occurs primarily by removal of tumor cells through phagocytosis by macrophages.1-4 However, it may also occur via induction of tumor cell apoptosis,1,3 activation of antibody-dependent cellular cytotoxicity,1,3 and activation of adaptive immune responses via presentation of tumor antigens to T cells following phagocytic uptake.1,6 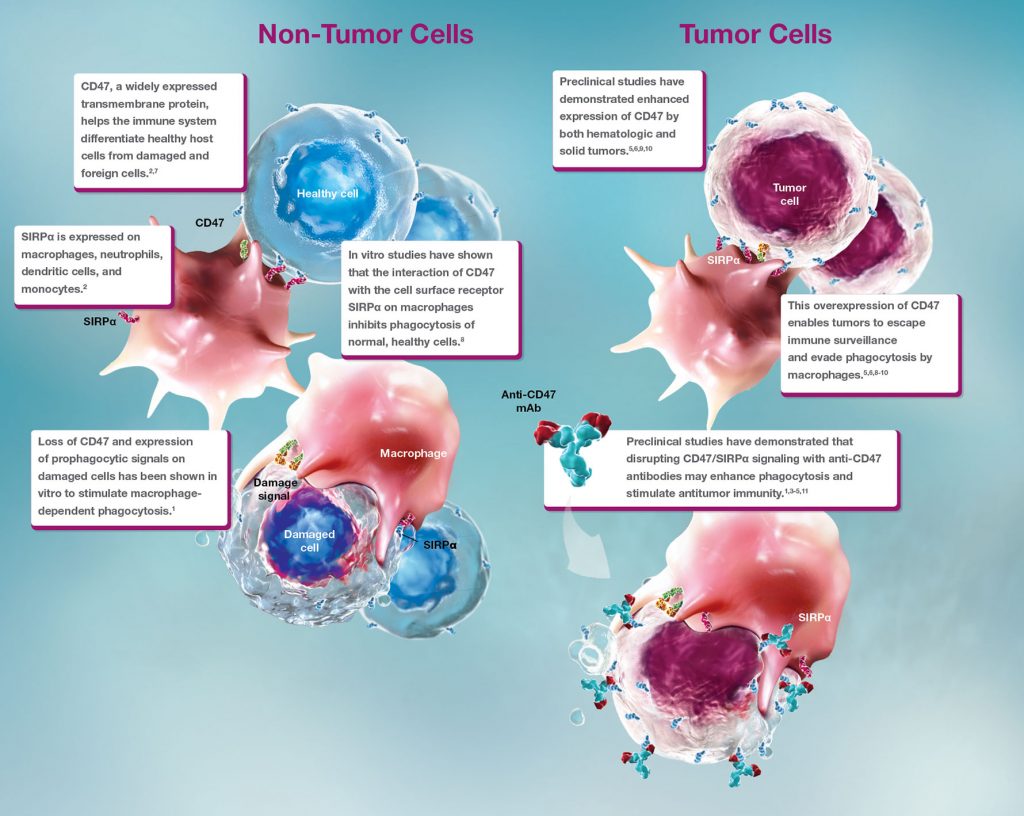